Australia has begun its 2019 World Para Swimming Championship campaign with a silver lining – winning two silvers and a bronze medal on a record-breaking night at the 2012 Olympic and Paralympic Pool in London.

WA’s Ben Popham wasted no time in one of the early events when he realised a dream come true, winning Australia’s first medal – a stunning silver in the S8, 100 metres freestyle final as world records tumbled.

The 19-year-old from Perth’s Arena Swim Club, where he is coached by WA’s Olympic and Hall of Fame coach Simon Redmond, clocked a personal best time of 57.89 to finish just a touch behind Rio Paralympic gold medallist from Greece Dimosthenis Michalentzakis (57.69).

The bronze medal went to China’s Guanglong Yang (58.89).
“Still smiling…..” said Popham when asked how he was feeling hours after his stunning silver medal performance.

Elated with his result, the podium finish and a personal best time it was still sinking in.

“I feel incredible, I really found out what I could improve on in the heats and I nailed exactly that, I went out a little bit harder but came home just as strong – I’m stoked, absolutely stoked,” he told Swimming Australia.

“I wasn’t expecting to do a PB, I was hoping for a 58 mid which has turned into a 57 high, so I’m really surprised and probably in shock a little bit.”

The Cerebral Palsy (CP) sufferer who started swimming at the age of seven as part of his physiotherapy treatment burst onto the international stage with a two-gold medal debut at last year’s Para Pan Pacs in Cairns.

But another 12 months under Redmond’s astute coaching and Popham has continued his climb up the international swimming calendar, with next year’s 2020 Paralympics now very much on the sporting horizon for the Curtin University Bachelor of Commerce student.

Redmond, the founder of the Fremantle Port Swim club back in 1996, is the man who steered medley star Lara Carroll to an Olympic final in the 200IM in Athens in 2004 and World Short Course medals, also in 2004 and the Commonwealth Games in 2006. 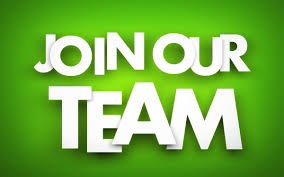